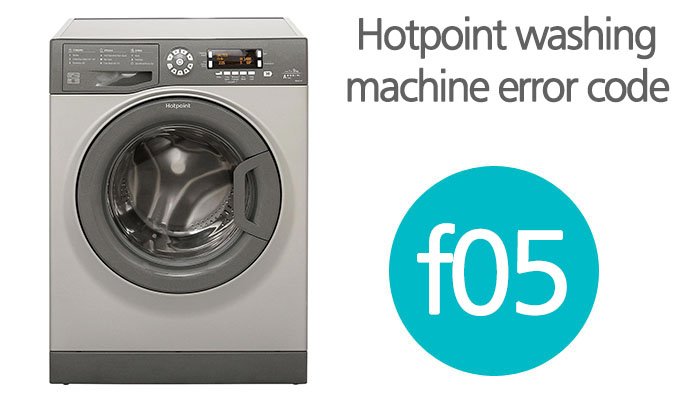 F05 is a fault code, which occurs either when the pump has stopped or the sump has accumulated a whole load of foreign stuff.

Check the outlet hose for blocks, clogs, and kinks. If there are not any, do the following:
To sort this isolate from mains

If the sump is all right, there must be something blocking the pump itself (a lint, foreign object, sock, handkerchief, button, etc.)

Incline the machine as described in the previous paragraph. Be sure that it is disconnected from the mains!

If this does not work, the pump is faulty and has to be replaced