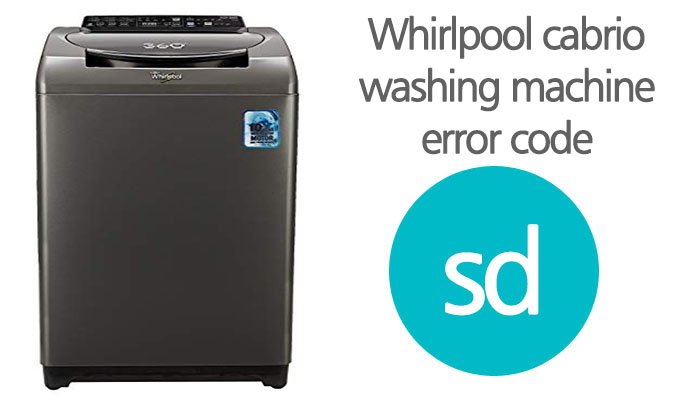 If you see the “Sud” (SD) error code on the display, the washing machine is overloaded with suds and is having difficulty rinsing itself. The regular rinse cycle is failing to remove all the suds. This code can appear in Kenmore, Whirlpool, and Samsung HE washer. This is why it happens:

Most likely, you have loaded too much detergent in your washing machine. If that is the case, you can fix it by running two rinse cycles, the second one without using any detergent. Some washers have an automatic suds detection function, which suspends the cycle until the suds go away. It may pause several time, depending on how much suds there is in the tub.

In order to avoid the problem, use the types of detergents and their amounts specified in the manual. It is advisable to run an extra rinse cycle to remove any remains of suds and prevent them from depositing on the washer’s parts.

There are HE washers, and it is imperative that only HE detergents be used in them. They are formulated in such a way as to produce optimal amounts of suds and do not require a lot of water. Please, follow instructions and use the right type off detergent.

Small items (socks, towels, handkerchiefs, etc.) often get caught between the outer and inner tubs and cause the error. Also, there may be a blockage in the drain hose or pump. If there are no items between the tubs, check the hose and the pump.