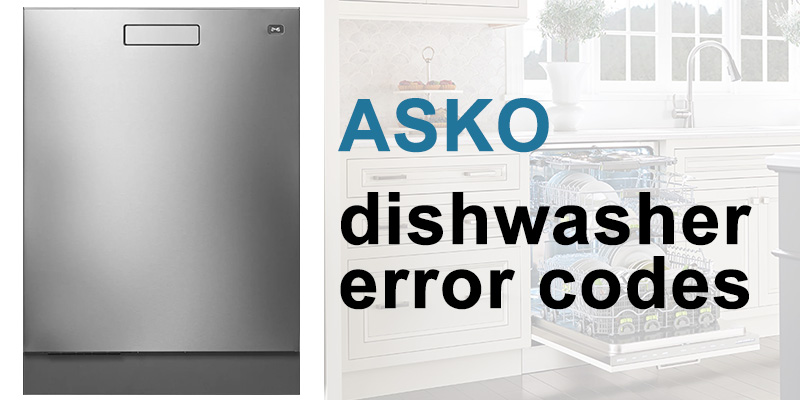 Everything began in the 1950 in the city of Vara, Sweden, when the young farmer Carl-Eric Anderson received his first order for a wash machine from his mother. Thus, he created a special wash machine.
A result exceeded all expectations, and later he built a small plant directly in the territory of his farm where it locates up to now. Thus the new company appeared. The company, which we call ASKO today.
For the moment, ASKO is an international corporation with a full line of efficient wash machines, drying machines and dishwashers. ASKO apparatus today clean better, at the same consuming time less water, electricity and detergents. ASKO gives preference to the high quality stainless steel while producing of parts. ASKO supports traditional high degree of quality in its production.
Though ASKO apparatus are one of the best, ASKO dishwasher repairs take place sometimes. For an identification of ASKO dishwasher problems use error codes presented below.