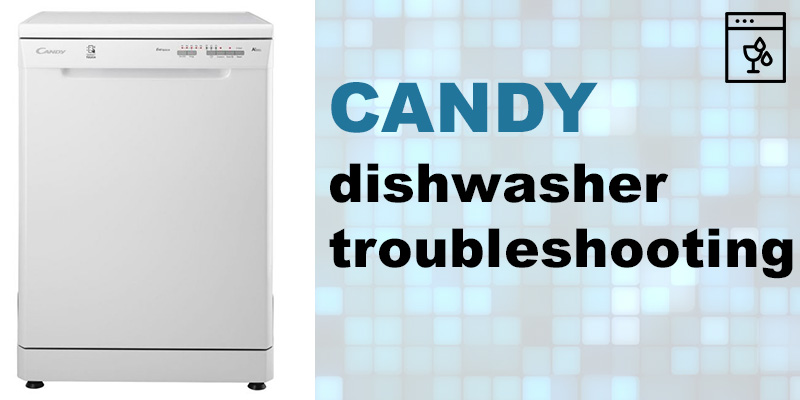 Candy is an Italian brand that belongs to a privately owned multi-brand group of companies Candy Group. The range of household appliances produced by the Group includes washers and dryers, as well as a number of kitchen appliances (from dishwashers and refrigerators to oven and cookers).
Candy dishwashers are manufactured in three basic colors: black, white and stainless steel. They differ in energy efficiency rating (all have at least A), quietness, racks, and cycles. You can also choose drying and cleaning performance rating, as well as water consumption according to your personal needs.
Dishwasher Candy A9002, CD series, CDF series, CDS series troubleshooting
Dishwasher Candy CDCF series, CDI series, CFD series troubleshooting

Some of the most well-known dishwasher series made by the Italian brand Candy include A9002, CD, CDF, and CDS. Generally, the troubleshooting information common problem and candy dishwasher  from the table below is intended for dishwasher repairers. Yet, it can also be successfully used by owners of the appliances because many of the suggested actions are very simple.

The troubleshooting tips below were written for CDCF, CDI, and CFD series dishwashers produced by the Brugherio-based Italian make of domestic appliances Candy. Although the instructions were created not for the general public, but for professional technicians, they are often successfully used even by people without relevant experience.