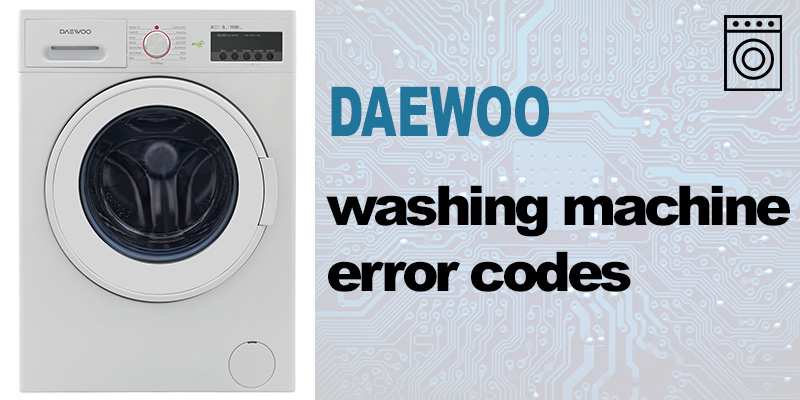 The Daewoo Group was established in 1967, and within several years it turned into a major South Korean conglomerate. It consisted of more than 20 divisions. The Group was dismantled by the local government more than 15 years ago, but several divisions still exist and work as independent companies.
Today household appliances, as well as air conditioning units under the Daewoo brand are sold by the Daewoo Electronics. The company makes an emphasis on genuine usefulness to the customer, so Daewoo washers can boast many contemporary technological features, including smart detergent system and steam wash.

Error displays and causes of errors